The Devil’s Purpose in the Deception of Halloween 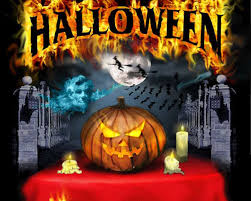 Satan’s plan is to prepare the world for the acceptance of his masterpiece of deception. He has sought to make appear lest objectionable his satanic delusions. He has made his first great lie a celebrated holiday around the world and even the children before they are able to read are indoctrinated with his hellish arts! “That can’t be true you say. Where has this been done?” In the deception of Halloween.

There is no question with its popularity and Satan’s success in deceiving the world to accept it. Documented research reports that, “Halloween is the country’s second largest commercial holiday, after Christmas, with consumers spending an estimated $5 billion in 2009, according to the NRF.” 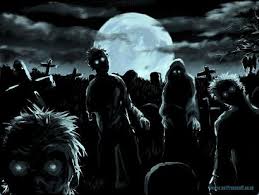 The question is, “why is Satan so intent in deceiving the world with this intoxicating delusion of Halloween?” And the basic teaching of Halloween is concerning the Spirits of the dead coming back to effect the living—that’s Spiritualism! And think of it-most  Americans, both adults and children are involved in this deception!

“The doctrine of man’s consciousness in death, especially the belief that spirits of the dead return to minister to the living, has prepared the way for modern spiritualism. If the dead are admitted to the presence of God and holy angels, and privileged with knowledge far exceeding what they before possessed, why should they not return to the earth to enlighten and instruct the living? If, as taught by popular theologians, spirits of the dead are hovering about their friends on earth, why should they not be permitted to communicate with them, to warn them against evil, or to comfort them in sorrow? How can those who believe in man’s consciousness in death reject what comes to them as divine light communicated by glorified spirits? Here is a channel regarded as sacred, through which Satan works for the accomplishment of his purposes. The fallen angels who do his bidding appear as messengers from the spirit world. While professing to bring the living into communication with the dead, the prince of evil exercises his bewitching influence upon their minds. {GC 551.2}

“He has power to bring before men the appearance of their departed friends. The counterfeit is perfect; the familiar look, the words, the tone, are reproduced with marvelous distinctness. Many are comforted with the assurance that their loved ones are enjoying the bliss of heaven, and without suspicion of danger, they give ear “to seducing spirits, and doctrines of devils.” {GC 552.1}

“When they have been led to believe that the dead actually return to communicate with them, Satan causes those to appear who went into the grave unprepared. They claim to be happy in heaven and even to occupy exalted positions there, and thus the error is widely taught that no difference is made between the righteous and the wicked. The pretended visitants from the world of spirits sometimes utter cautions and warnings which prove to be correct. Then, as confidence is gained, they present doctrines that directly undermine faith in the Scriptures. With an appearance of deep interest in the well-being of their friends on earth, they insinuate the most dangerous errors. The fact that they state some truths, and are able at times to foretell future events, gives to their statements an appearance of reliability; and their false teachings are accepted by the multitudes as readily, and believed as implicitly, as if they were the most sacred truths of the Bible. The law of God is set aside, the Spirit of grace despised, the blood of the covenant counted an unholy thing. The spirits deny the deity of Christ and place even the Creator on a level with themselves. Thus under a new disguise the great rebel still carries on his warfare against God, begun in heaven and for nearly six thousand years continued upon the earth. {GC 552.2}

“Many endeavor to account for spiritual manifestations by attributing them wholly to fraud and sleight of hand on the part of the medium. But while it is true that the results of trickery have often been palmed off as genuine manifestations, there have been, also, marked exhibitions of supernatural power. The mysterious rapping with which modern spiritualism began was not the result of human trickery or cunning, but was the direct work of evil angels, who thus introduced one of the most successful of soul-destroying delusions. Many will be ensnared through the belief that spiritualism is a merely human imposture; when brought face to face with manifestations which they cannot but regard as supernatural, they will be deceived, and will be led to accept them as the great power of God. {GC 553.1}

“These persons overlook the testimony of the Scriptures concerning the wonders wrought by Satan and his agents. It was by satanic aid that Pharaoh’s magicians were enabled to counterfeit the work of God. Paul testifies that before the second advent of Christ there will be similar manifestations of satanic power. The coming of the Lord is to be preceded by “the working of Satan with all power and signs and lying wonders, and with all deceivableness of unrighteousness.” 2 Thessalonians 2:9,10. And the apostle John, describing the miracle-working power that will be manifested in the last days, declares: “He doeth great wonders, so that he maketh fire come down from heaven on the earth in the sight of men, and deceiveth them that dwell on the earth by the means of those miracles which he had power to do.” Revelation 13:13, 14. No mere impostures are here foretold. Men are deceived by the miracles which Satan’s agents have power to do, not which they pretend to do.” {GC 553.2}

“Through the two great errors, (1) the immortality of the soul and (2)Sunday sacredness, Satan will bring the people under his deceptions. While the former lays the foundation of spiritualism, the latter creates a bond of sympathy with Rome. The Protestants of the United States will be foremost in stretching their hands across the gulf to grasp the hand of spiritualism; they will reach over the abyss to clasp hands with the Roman power; and under the influence of this threefold union, this country will follow in the steps of Rome in trampling on the rights of conscience. {GC 588.1}

For more information read chapter 34 “Can our dead speak to us” in the book Great Controversy (beginning on pg. 551). If you don’t have the book and need the information leave a comment in box below: