Yes, Everything in our world is in agitation. And This flooding in Vermont is not the only thing, it is part of a chain of events that 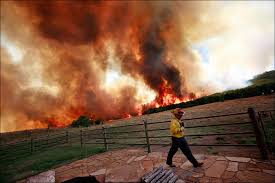 show we are nearing the final crisis of this earth’s history. We just experienced an earthquake in Maryland which is a divers place-especially for earthquake. And what was so interested about this earthquake is not how strong, but how far its effect could be felt (up the coast at an unbelievable range). If this is not enough we see at the same time fires in Texas and Flooding in Vermont!

Besides the Bible, I believe the Spirit of Prophet explains it best nearly a hundred years ago. Notice the following quotations:

“Everything in the world is in agitation. The signs of the times are ominous. Coming events cast their shadows before.

The Spirit of God is withdrawing from the earth, and calamity follows calamity by sea and by land. There are tempests, earthquakes, fires, floods, murders of every grade. Who can read the future? Where is security? There is assurance in nothing that is human or earthly. Rapidly are men ranging themselves under the banner they have chosen. Restlessly are they waiting and watching the movements of their leaders. There are those who are waiting and watching and working for our Lord’s appearing. Another class are falling into line under the generalship of the first great apostate. Few believe with heart and soul that we have a hell to shun and a heaven to win.  {DA 636.1}

“Everything has been moving on just as the Lord has revealed in prophecy that it would. Something great and decisive is soon to take place, else no flesh would be saved. The character of God will not be compromised. Under the wrath of God universal desolation will soon reach all parts of the known world. There have been lightnings and earthquakes, fires and floods, calamities by sea and by land; but who reads these warnings? What impression is made upon the world? What change in their attitude is seen? {18MR 57.3}

“No more than was seen in the inhabitants of the Noachic world. The people are just as ardent today in their games, in the horse racing, in their love of amusement, as were the antediluvians, who “knew not until the flood came, and took them all away.” They had heaven-sent warnings, but refused to listen. By their attitude they declared, “We want not Thy way, O God; we want our own way, our own will.”  {18MR 58.1} 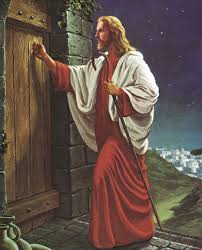 “Today the world is mad; an insanity is upon them, which is hurrying them on to eternal ruin. Every species of indulgence prevails, and men become so infatuated with vice that they will not listen to warnings or appeals. The Lord declares to the people of the earth, “Choose you this day whom ye will serve. All are now deciding their eternal destiny. Men need to be aroused to realize the solemnity of the time and the nearness of the day when human probation shall be ended.  {18MR 58.2}

← Sunday Laws in North dakota? - Do you see it (Sunday laws) coming! God’s People Will Never Renounce The Faith! →