Jobless in Iowa: a third of the state’s unemployed have been looking for work for six months or more
by Messengers of Light
December 5, 2011
Current Events

A economic crisis is building getting ready to explode from state to state until it forges a national economic crisis that can only be dealt with by a national (federal solution). And those who study the prophecies know that this will lead to the mark of the beast (see Revelation 13:11-17).

Notice this recent news article which stated that, “for many people in Iowa, the most important day-to-day concern is the state’s struggle, along with the rest of the country, to throw off the effects of the Great Recession and the halting recovery that’s followed.

“Although low by national standards, Iowa’s official unemployment rate has spiked to 6 percent–around 99,000 people–from 3.7 percent in 2007, before the economic downturn began. And jobless spells are lasting longer than ever. Iowa’s long-term unemployment rate–the share of the 99,000 unemployed who have been out of work for 6 months or more–is 34 percent, nearly twice what it was before the downturn began.” To read the whole article click here.

Prophecy is fast fulfilling right before our eyes. What will this economic crisis that is putting the working class out of 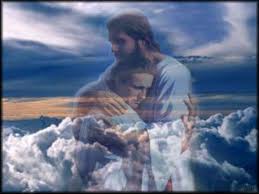 Oh that God may help us to seek a relationship with Him without delay, and to make the neccessary preparation that we might be ready for the storm that is soon to break upon the world as an overwhelming surprise.