Smoking hurts not only the smokers, but people around them, and taxes, bans and treatment all must be used together to help get smoking rates down, U.S. Surgeon-General Dr. Regina Benjamin said in a report on smoking.

“The chemicals in tobacco smoke reach your lungs quickly every time you inhale causing damage immediately,” Benjamin said in a statement.

“Inhaling even the smallest amount of tobacco smoke can also damage your DNA, which can lead to cancer.”

The report, available at http://www.surgeongeneral.gov/library/tobaccosmoke/index.html , also says tobacco companies have deliberately designed cigarettes and other tobacco products to be addictive and that they have released new tobacco products that are allegedly safer but that are in fact just as dangerous and addictive.

Will Smoke Pollution Be in Heaven?

No! Heaven is a clean place. The Bible says Revelatin 21: 2, 27, “And I John saw the holy city, new Jerusalem, coming down from God out of heaven, prepared as a bride adorned for her husband…And there shall in no wise enter into it any thing that defileth, neither [whatsoever] worketh abomination, or [maketh] a lie: but they which are written in the Lamb’s book of life.”

Notice the following words from the pen of inspiration, “As I have seen men who claimed to enjoy the blessing of entire satisfaction, while they were slaves to tobacco, spitting and defiling everything around them, I have thought, How would heaven appear with tobacco users in it? The lips that were taking the precious name of Christ were defiled by tobacco spittle, the breath was polluted with the stench, and even the linen was defiled; the soul that loved this uncleanness and enjoyed this poisonous atmosphere must also be defiled. The sign was hung upon the outside, testifying of what was within.  {CH 83.1}

“Men professing godliness offer their bodies upon Satan’s altar, and burn the incense of tobacco to his satanic majesty. Does this statement seem severe? The offering must be presented to some deity. As God is pure and holy, and will accept nothing defiling in its character, He refuses this expensive, filthy, and unholy sacrifice; therefore we conclude that Satan is the one who claims the honor.  {CH 83.2}

There is freedom from the addicting, defiling habit of tobacco only in Jesus 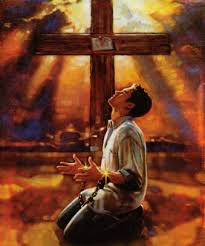 “Jesus died to rescue man from the grasp of Satan. He came to set us free by the 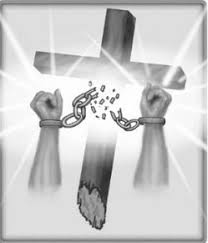 blood of His atoning sacrifice (John 8:32, 36). The man who has become the property of Jesus Christ, and whose body is the temple of the Holy Ghost, will not be enslaved by the pernicious habit of tobacco using. His powers belong to Christ, who has bought him with the price of blood. His property is the Lord’s. How, then, can he be guiltless in expending every day the Lord’s entrusted capital to gratify an appetite which has no foundation in nature? {CH 83.3}